IMPORTANT NOTE: All conferees, their families, and guests must book their cruise within the CEI meeting group through Continuing Education, Inc./University at Sea® at 800-422-0711 or by registering online. This ensures our company can provide conference services and complimentary social amenities to all meeting participants and their guests. Thank you for your cooperation.
Target Audience
Physicians, Nurses, Nurse Practitioners, Physician Assistants
Program Purpose / Objectives
Topics:
Conference Sessions generally take place on days at sea (as itinerary allows), giving you plenty of time to enjoy your meals, evenings and ports of call with your companion, family and friends.

Dr. Rodriguez is the Director of the Sports Medicine Fellowship and Assistant Director to the Family Residency Program at Bayfront Health Saint Petersburg. Dr. Rodriguez received his B.A. in Biology from Harvard University in 1989. He completed his medical degree at the Rosalind Franklin University of Health Sciences/The Chicago Medical School in North Chicago, IL in 1993. Following medical school Dr. Rodriguez completed a General Surgery Internship at Eastern Virginia Medical School in Norfolk, VA. He then joined the United States Navy where he served as General Medical Officer on the USS Shreveport, the Naval Base in Norfolk and the Oceana Naval Air Station in Virginia from 1994 to 1997. After completing his active duty commitment he remained in the United States Naval Reserve until 2002 when he was Honorably Discharged.

Dr. Rodriguez completed his Family Medicine Residency Program at The Medical Center of Central Georgia/Mercer University School of Medicine in 2001 where he served as Chief Resident during his final year and received the Resident Teacher of the Year Award. He then proceeded to complete a fellowship in Sports Medicine at Bayfront Medical Center. After finishing the fellowship program Dr. Rodriguez remained in the Tampa Bay area in private practice and later joined Community Health Centers of Pinellas where he served as Director of the Family Medicine Department and Chair of the National Electronic Health Records Committee for Health Choice Networks.

Dr. Rodriguez is married and has three children. He enjoys playing golf and tennis but loves to spend his spare time watching his son play club soccer and his daughters participate in competitive cheerleading. Dr. Congeni developed the Primary Care Pediatrics Sports Medicine Fellowship at Akron Children's Hospital, the first of its kind at a pediatric hospital in the U.S. in 1990. He is a 1980 graduate of the University of Notre Dame; and received his medical degree from NEOMED in 1984. Dr. Congeni is currently a team physician for the University of Akron and Archbishop Hoban High School.

He has won many awards including: OHSAA Respect the Game Award, Ohio Athletic Trainer's Association's Team Physician of the Year Award, and Ohio Outstanding Team Physician by the Ohio State Medical Association. Most recently he received the Dr. Carl Krill Award for humanism and excellence in the field of medicine from the Knights of Columbus. He is also a lead author on the American Academy of Pediatrics' Baseball/Softball Policy Statement issued March 2012. Dr. Congeni's media events vary from appearing on NBC's TODAY Show in 2009 to his appearance on a PBS documentary entitled "The Smartest Team" in 2012 and a Sports Illustrated segment in 2014. He also appears on a weekly radio Sports Medicine segment. He and his wife Karen have six children.
Accreditation 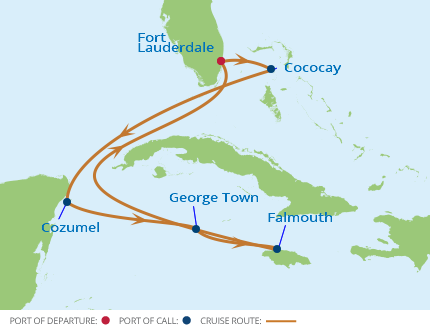