IMPORTANT NOTE: All conferees, their families, and guests must book their cruise within the CEI meeting group through Continuing Education, Inc./University at Sea® at 800-422-0711 or by registering online. This ensures our company can provide conference services and complimentary social amenities to all meeting participants and their guests. Thank you for your cooperation.
Target Audience
Physicians, Physician Assistants, and Nurse Practitioners
Program Purpose / Objectives
Topics: Additional topics under development
Conference Sessions generally take place on days at sea (as itinerary allows), giving you plenty of time to enjoy your meals, evenings and ports of call with your companion, family and friends. Ports of Call
Miami, Florida (Embark and Debark) - Florida's "Magic City" is one of the world's most popular vacation destinations. And, Miami truly is "international" owing to its large Cuban exile population and its role as the de facto gateway between much of Central and South America and Europe. Here you can discover music, cuisine and culture that demonstrate the renewing power of the mixing of cultures. Plan to spend a night or two, before or after your cruise to really get a feel for its soul. Night life in the city tends toward the high-end with ample opportunities to see Miami's cosmopolitan populace dressed to impress. Or experience the one-of-a-kind art deco district in South Beach (plenty of night-life there, too, of course). Nearby, natural Florida can be experienced up close. Board an airboat and explore the Everglades, the "river of grass": and, yes, there will be alligators.
Charlotte Amalie, St. Thomas, U.S.V.I. - Named after a Danish Queen, Charlotte Amalie has one of the most breathtaking deepwater harbors in the world. The key sights of Charlotte Amalie are located within the town centre, making it easy to combine sightseeing with St. Thomas’ fantastic shopping opportunities. Eighteenth century architecture provides the perfect backdrop for walking tours and shopping here in the "Duty Free Capital of the World." For a dose of history, visit Emancipation Park, the American-Caribbean History Museum, or Bluebeard the pirate's castle at Magen’s Bay. If tropical bliss is what you're after, head to any of Charlotte Amalie’s pristine beaches, where the warm water, white sands and palm trees will lull you into deep relaxation!
Labadee, Haiti - This tropical paradise, in an area reserved exclusively for Royal Caribbean and Celberity Cruises guests, features pristine beaches, walking trails and breathtaking vistas. Labadee is the perfect setting for parasailing, wave runners and the kayak tour, all readily available. Families can enjoy waterslides and an ocean floating "water park" (a kid-friendly "obstacle course" that's a lot of fun). Oh, and there's a great over-the-water zip-line and a gravity "coaster," too. You can also find Hatiain arts and craftwork for sale by the artists.
San Juan, Puerto Rico - In days of yore, the waters near Puerto Rico teemed with pirate ships commanded by the likes of Sir Francis Drake. Aye, they are long gone, but in their wake they have left an island of national treasures: La Casa Blanca, built in 1501 for the island's first governor, Ponce de Leon; the cobblestone streets of Old San Juan; the tropical rain forests of El Yunque. Port tips from our blog

Oasis of the Seas 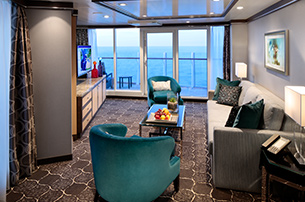 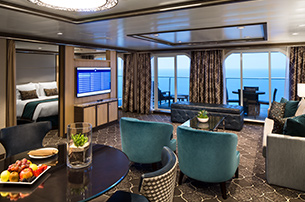 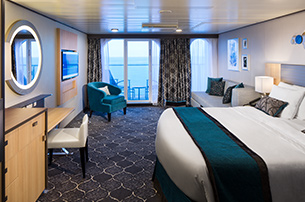