// Topics in Dermatology and Essential Non-Clinical Skills for Physicians

Topics in Dermatology and Essential Non-Clinical Skills for Physicians

IMPORTANT NOTE: All conferees, their families, and guests must book their cruise within the CEI meeting group through Continuing Education, Inc./University at Sea® at 800-422-0711 or by registering online. This ensures our company can provide conference services and complimentary social amenities to all meeting participants and their guests. Thank you for your cooperation.
Conference Sessions generally take place on days at sea (as itinerary allows), giving you plenty of time to enjoy your meals, evenings and ports of call with your companion, family and friends.
BIAS FREE CME - No Commercial Support was provided for this CME activity.

Dr. Rogers has had a long-standing interest in oral dermatology, oral pathology and oral medicine. He has been recognized as an authority in that area having edited three volumes of the Dermatology Clinics and two more volumes for Clinics in Dermatology (2016, 2017). To date he has contributed more than 250 scholarly publications.

During his career, Dr. Rogers has received many awards and honors. These include: two Presidential Citations, the Gold Triangle Award, the Thomas G. Pearson Memorial Education Achievement Award, the Everett C. Fox, M.D. Memorial Lectureship and Honorary Membership, all from the American Academy of Dermatology (AAD). Nick served on the Board of Directors and was Vice-President in 1999-2000. In 2015, the 18,000 member AAD recognized him with the Master Dermatologist Award, a prestigious award given to one dermatologist each year.

Dr. Rogers has presented numerous named lectureships and served as Visiting Professor at many academic institutions in the United States, Canada, and around the world. In 1999, Dr. Rogers gave the first Ahmed Lecture at the Harvard School of Dental Medicine. In 2000, Dr. Rogers was the keynote speaker at the first joint meeting of the British Society of Oral Medicine and the British Society of Oral Pathology in Edinburgh. In addition, he gave the keynote address at the International Association of Oral Pathology in Guatemala later that year. Dr. Rogers has been recognized by the International League of Dermatological Societies for his dedication to international dermatological education and for his teaching in 55 countries over the years.

Dr. Rogers received his BS degree from Denison University (Distinguished Alumnus, 1993), his medical education at The Ohio State University College of Medicine (Distinguished Alumnus, 1991) and his internship at the Strong Memorial Hospital of the University of Rochester. He was a research fellow and resident in Dermatology at Duke University Medical Center. He then became a NIH fellow and completed his training at Mayo Clinic where he earned his MS in Dermatology from the Mayo Graduate School of Medicine before joining the Staff of the Mayo Clinic in 1973. Dr. Rogers is Board-certified in Dermatology, Dermatopathology and Dermatologic Immunopathology.

Karen Hughes Miller, PhD, is recently retired as Associate Professor in the University of Louisville School of Medicine (U of L SOM) Office of Graduate Medical Education where her focus was on medical education research and curriculum planning. She oversaw the graduate non-clinical curriculum, and served on the U of L SOM Faculty Development Committee and QI and Patient Safety committees.

Dr. Miller has more than 50 publications and presentations. She has taught adult education, curriculum design, and assessment courses and workshops to undergraduate and graduate students, medical residents and fellows, and faculty. She is also experienced in teaching task analysis to educators and physicians.
Dr. Miller's undergraduate degrees in journalism (with a minor in commercial art) and her master's degree in instructional technology are useful today in creating new teaching and learning materials and platforms. One of her several research agendas is teaching and assessment of very bright learners, and she is currently completing a book chapter on this topic for NOVA publishers.

Osteopathic Physicians: This program is eligible for Category 2 credit with the American Osteopathic Association (AOA). 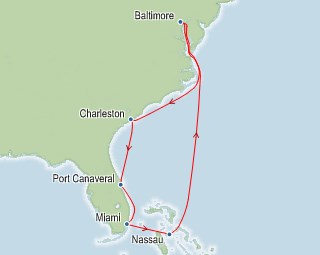 Baltimore, MD - With a world-class aquarium, major sporting events and fantastic food, Baltimore is filled with things to do and see. The prime spot for activity is the Inner Harbor, where you'll find the Harborside Shopping Pavilion, Oriole Park at Camden Yards, the National Aquarium, Port Discovery and much, much more. Plus, there are a number of historical sites nearby, including Mount Vernon and Federal Hill.

Miami, Florida - South Florida's exciting, international city is much more than the gateway to Latin America, it's one of the world's most popular vacation destinations. Before departing from Miami, enjoy a tour that will highlight this "Magic City." Board an airboat and explore the wild Everglades‐be ready to see gators. Experience the one-of-a-kind art deco district in South Beach. Discover a cuisine and culture that fits perfectly with your South American adventure.

Nassau, Bahamas - The captivating capital of the 700 Bahamian islands. Attractions include forts to explore, coral reefs to snorkel and a fascinating straw market to shop

Royal Caribbean's Grandeur of the Seas

IMPORTANT NOTE: All conferees, their families, and guests must book their cruise within the CEI meeting group through Continuing Education, Inc./University at Sea® at 800-422-0711 or by registering online. This ensures our company can provide conference services and complimentary social amenities to all meeting participants and their guests. Thank you for your cooperation.
COMPETITIVE PRICING PROMISE: We Will Match Cruise Line’s Promotional Rates. * 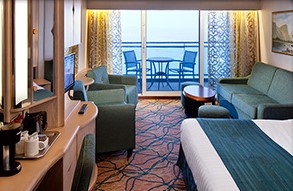 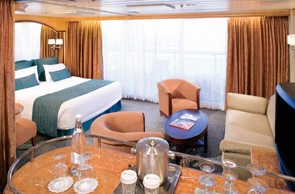 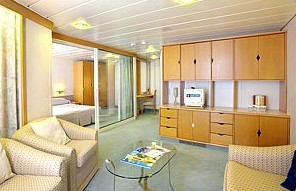 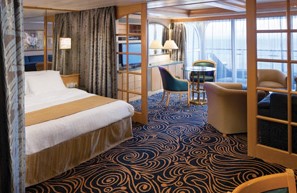 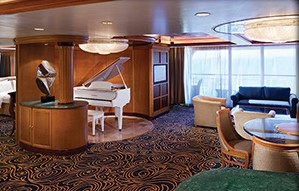 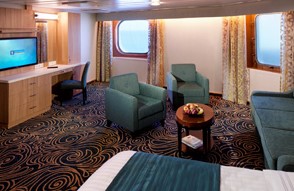 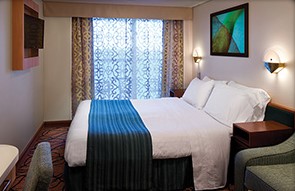 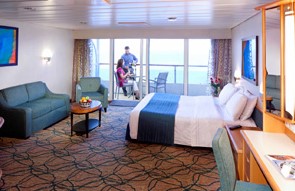 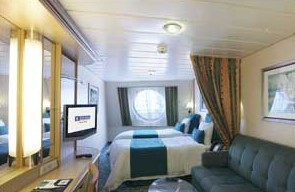 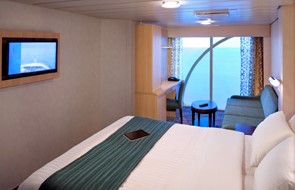 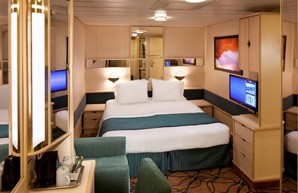 Prices are Per Person, Double Occupancy, Subject to change.
3rd/4th in Stateroom - Call for Pricing

Cruise Cancellation Policy: Cancellation policies vary by cruise line, destination and sailing date. Please check with one of our agents for policies applicable to this cruise.

* COMPETITIVE PRICING PROMISE: While we are not a 'cruise discounter,' we will match any price offered by the cruise line, directly to the general public, at the time of booking. This offers includes many short-term, promotional rates. All cruise line rates can be withdrawn by the cruise line at any time and are capacity controlled.
PRICING SUBJECT TO CHANGE: Although subject to change at any time, the listed prices are generally available up to about 90 days before sailing; at that time they convert to typically higher, market rates. Rates offered directly by the cruise line and quoted by our agents are also subject to change at any time, can be withdrawn at any time and are capacity controlled.
CANCELLATION PENALTY POLICY WILL APPLY: Cancellation policies vary by cruise line, itinerary and length of cruise. When reserving your stateroom, please review the policy applicable to this cruise with our staff. We strongly recommend Travel Insurance to cover the unexpected.
FUEL SUPPLEMENT: Cruiselines may implement a fuel surcharge depending on the price of crude oil.


-->
Questions? Call us at 800.422.0711
We can assist you with all your travel arrangements. We'd be happy to help you plan your flights, hotels or tours before and/or after your cruise conference.